HeartStitch® collaborates with several internationally renowned physicians when designing and implementing its products and technologies.  Several of these top physicians from the key areas of clinical practice are members of the HeartStitch® Clinical Advisory Board. 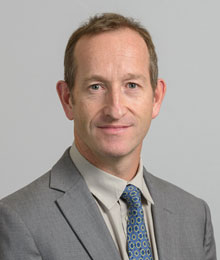 Dr Michael Mullen is Consultant Cardiologist at The Heart Hospital, University College London Hospitals, where he has developed and now leads the structural heart intervention program. He was previously a Consultant Interventional Cardiologist and Director of the cardiac catheter laboratories at the Royal Brompton and Harefield NHS Trust and Honorary Senior Lecturer at Imperial College.
Dr Mullen’s areas of expertise include structural heart intervention, valvular heart disease, adult congenital heart disease and Marfan syndrome. He has an extensive research portfolio and has been involved in the introduction of a number of new technologies including Transcatheter Aortic Valve Implantation (TAVI), Mitraclip and device closure of patent foramen ovale (PFO) and atrial septal defects (ASD).

Dr. Mullen has been instrumental in the development of several medical devices and over the past 10 years has worked with Prof. Anthony Nobles to develop the NobleStitch EL and its clinical procedure. Dr. Mullen and Prof. Nobles with and expert team performed the First-In-Man PFO closure procedure using the NobleStitch EL back in 2008, a procedure that is now used worldwide.

He lectures widely at both national and international symposia and has over 50 publications in peer reviewed journals. He is an active member of the British Medical Association, British Cardiac Intervention Society, British Congenital Cardiac Association and the Royal College of Physicians of London. 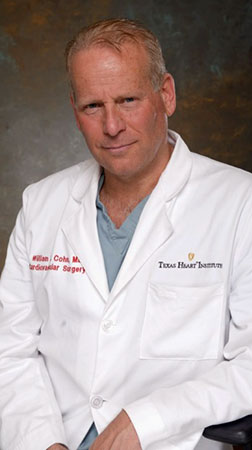 His major research interests include the development of new technology for decreasing the invasiveness of cardiac and vascular surgery, and development of the continuous-flow totally implantable artificial heart. In 2011, Dr. Cohn and Dr. O. H. Frazier successfully implanted the first pulseless total heart replacement device in a human patient.

Dr. Cohn has a passion for medical device development and has more than 90 US patents granted or pending, and another 60 international patents for his medical innovations. His numerous awards include an honorary doctorate in science from Oberlin College, the Distinguished Scientist Award, given by the MacDonald Fund, and the Edison Award for excellence in human-centered design and innovation for inventing the SentreHEART® Lariat® Suture Delivery Device.

Dr. Cohn first worked with Prof. Anthony Nobles more than 20 years ago on cardiac surgical technologies and has been providing Prof. Nobles with his expertise in the development of the HeartStitch TA, HeartStitch MR and the HeartStitch AP.

In 2000, Dr. Cohn was named the distinguished Inventor of the Year by the U.S. Intellectual Property Owners Association and in 2014, he was named Outstanding Inventor of the Year by the Houston IPO. In addition, in 2014 he received an award for the most Innovative Medical Device Startup of the year at the Innovations in Cardiovascular Interventions Conference in Tel Aviv for inventing the TVA Everlinq system for percutaneous creation of AV fistulas and for founding TVA Medical. In 2015, he was awarded a Lifetime Achievement Award for healthcare innovation by the Houston Technology Center. He is a Venture Partner at Sante Health Ventures, and Chief Medical Officer of BiVACOR Inc., and Reliant Heart. 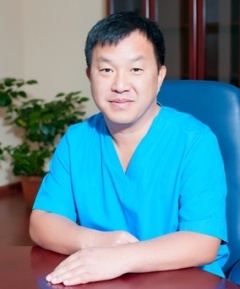 Chairman of the Board and CEO of “National Research Cardiac Surgery Centre” JSC, graduate of the II Moscow State Medical Institute named after N.I. Pirogov, cardiac surgeon of international level, head freelance cardiac surgeon of the Ministry of Health of the RK, Doctor of Medical Science.
Dr. Pia working together with Dr. Micheal Mullen and Prof. Anthony Nobles made history when Dr. Pia became the first Kazakh doctor to perform a First-In-Man of a new cardiac medical technology. in 2016 Dr. Pia performed the first 2 cases of transapical access and closure using the HeartStitch TA in 2 patients undergoing Aortic Valve replacement. 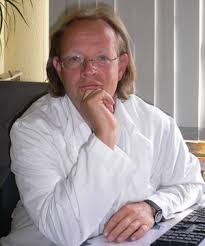 Prof. Warnke has worked with Prof. Anthony Nobles for more than 20 years developing technologies in Neurosurgery, Cardiology and General Surgery. Prof. Warnke has been instrumental to HeartStitch with his insight into stroke caused by PFO and has been intimately involved in the development of the NobleStitch EL.

Jan-Peter Warnke has been working at the clinic in Zwickau for over 20 years and in 1993 introduced the Department of Neurosurgery in Zwickau. One of his goals as Medical Director is to promote the approach of the Saxon Paracelsus Clinics to a structural network in outpatient and inpatient care. The hospital in Zwickau has 200 beds.